I hope you enjoy your visit to our site!

Latin America in the Headlines:
Migration from Central America and Careers in Foreign Policy

Date: September 30, 2021
Time: 6 p.m. EDT
Location: Zoom – access information will be emailed to registrants the day of the event
Please register in advance

Please join the WFU Global Deacs on Thursday, September 30, from 6:00 to 7:15 p.m. EDT for a virtual conversation on US foreign policy towards Latin America with Katherine Duffy Dueholm (’89), Acting Deputy Assistant Secretary for Mexico and Central America at the US Department of State, and Hillary Quam (’03), Special Advisor for the Western Hemisphere in the Office of the Vice President.

These two leaders in foreign policy will discuss the root causes of migration from Central America and the US government’s recently released strategy to support the region—topics that have received a great deal of press attention this year. They will also share experiences from their own unique career paths, which brought them from their Wake Forest undergraduate days to roles as foreign and civil servants at the Department of State. Kezia McKeague (’05), Director for Latin America at McLarty Associates, and María Antonia Montes (’11), Program Officer at the United States Institute of Peace, will moderate the conversation.

This Zoom Webinar is open to current students, alumni, and families of Wake Forest University and is off-the-record. Please register in advance. Registration is required and will close at 3 p.m. the day of the event.

films that tell stories from Latin American and Latinx perspectives. Each of the exhibitions will involve introductory presentations by faculty members with relevant expertise, as well as space for audience responses and friendly conversation following the film projection. The film series culminates with a screening of work by Durham-based filmmaker Rodrigo Dorfman, who will visit WFU to meet with students and talk about his various film and media projects involving Latinx communities in North Carolina. The series takes place during Hispanic Heritage Month as a way of recognizing and celebrating the diversity of our student body and creating space for intercultural dialogues.

By Peter Siavelis, Professor of Politics and International Affairs 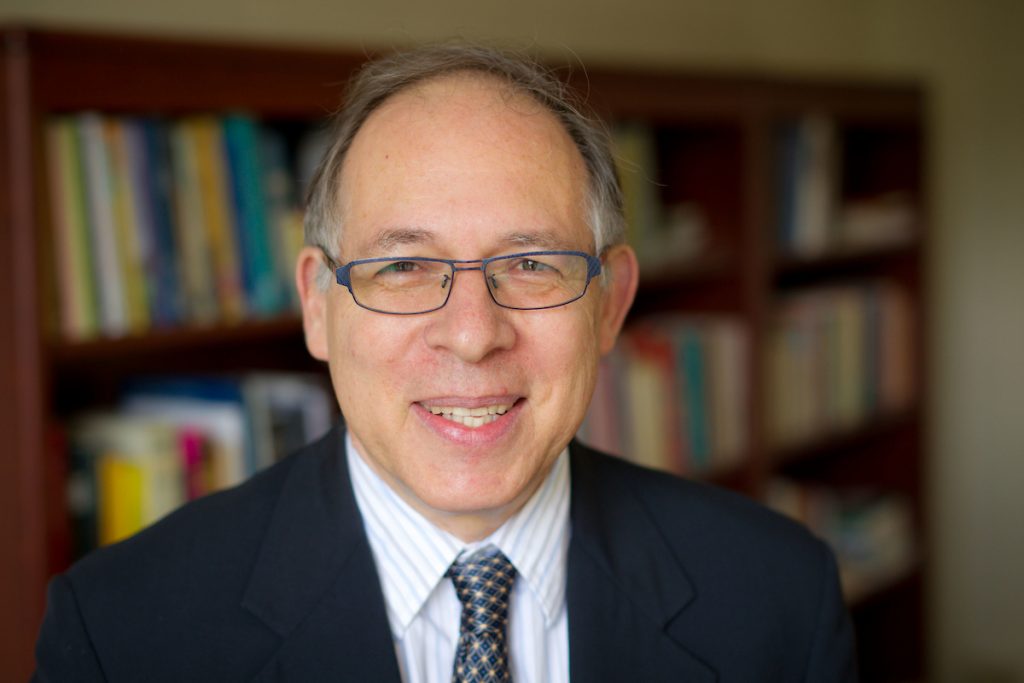 The term endowed professor often conjures the notion of an insular scholar dedicated to research and publication first and their students as an afterthought. And yet, throughout his 40-year career — 17 of which he held as the Reynolds Professor of Latin American and Latinx Studies and with a joint appointment in the Department of Politics and International Affairs — Luis Roniger showed that prodigious and rigorous scholarship could be balanced with a deep and personal commitment to students and service to his department, university community, and profession.

In Professor Roniger’s decades-long research career, he moved from studying clientelism to researching legacies of authoritarianism and political exile, shifting frontiers of citizenship, human rights, and populism. Most recently, his scholarship has focused on transnational politics and conspiracy theories. With 25 books and almost 200 articles and book chapters under his name, he is among the most prolific authors in the history of Wake Forest University. These publications, as well as his ability to engage with sociologists, anthropologists, and historians, have brought him international acclaim as a rigorous and respected intellectual whose visionary work straddles social science disciplines — a feat accomplished by few scholars.

By Jane Albrecht, Professor of Spanish 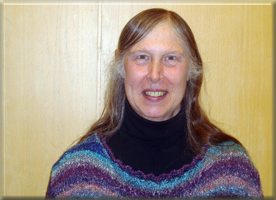 The big things about Mary Lusky Friedman are the accomplishments many of her students and colleagues on campus and scholars around the world already know about her.

Mary’s record of outstanding teaching and research is bound up with the literary production of the greatest writers of 20th century South America: Jorge Luis Borges, José Donoso, Pablo Neruda, Gabriel García Márquez, Mario Vargas Llosa. A renowned Borges scholar when she came to Wake Forest in 1987, having published The Emperor’s Kites: A Morphology of Borges’s Tales (the Spanish version is simply titled Una morfología de los cuentos de Borges), she subsequently undertook exploration of the narrative fiction of José Donoso, the most celebrated novelist of Chile. Her Donoso project produced what is, to my mind, one of the two greatest cultural events held on this campus in the past 30 years (the other, the visit of Carlos Fuentes): her onstage conversation/interview with Donoso was as riveting and stimulating a conversation as one I had been fortunate to witness years before with Borges. Mary has made extraordinary contributions to Wake Forest University in scholarship and the humanistic education of students, including countless hours dedicated to interviewing and selecting Fulbright scholars and Phi Beta Kappa honorees. In the department and across the College and University, our intellectual debts to Professor Mary Friedman are great.

which reflect on and criticize the institutional revolution as a political project in Mexico in the twentieth century.  Dr. Tierney unpacks representations of class and indigeneity central to the cultural politics of this project, showing how both films respond to the state’s institutionalized discourses and imagery.

Dolores Tierney is senior lecturer in film at the University of Sussex. She has published widely on Latin American and Latinx film and media in multiple anthologies and journals, including; Studies in Spanish and Latin American Cinema; Film, Fashion & Consumption; Screen; and Quarterly Review of Film and Video. She is the author of Emilio Fernandez (Manchester University Press, 2007) and New Transnationalisms in Contemporary Latin American Cinemas (Edinburgh University Press, 2018) and the co-editor with Victoria Ruétalo of Latsploitation, Exploitation Cinemas and Latin America (Routledge,2009), and with Deborah Shaw and Anne Davies of The Transnational Fantasies of Guillermo del Toro (Palgrave, 2014).

wealth gap. Her work speaks to the importance of considering race when discussing higher education loan policy, and being cognizant of the ways in which historical patterns may contribute to racial inequality and exclusion in higher education today. This event will be a great discussion of Dr. Addo’s work and shed light on these issues for those attending.

Robin Derby’s area of research includes the French and Spanish Caribbean, especially the Dominican Republic, Haiti, Cuba and Puerto Rico. Derby’s work has focused on everyday life under regimes of state terror, the long durée social history of the Haitian and Dominican borderlands, and how notions of race, national identity and witchcraft have been articulated in popular media such as rumor, food and animals.  Her book, The Dictator’s Seduction: Politics and the Popular Imagination in the Era of Trujillo (Duke, 2009; published in Spanish by the Academy of History of the Dominican Republic, 2016), treated public culture and daily life during one of the longest dictatorships in Latin America, the regime of Rafael Trujillo in the Dominican Republic (1930-61). It considered how the regime extended the state into civil society through incorporating quotidian practices such as gossip, gift exchange, and witchcraft into the repertoire of domination. Her other work includes (co-editor) Activating the Past:  History and Memory in the Black Atlantic World; (co-editor) The Dominican Republic Reader and articles on the Dominican Republic, Haiti, and Puerto Rico. Her current book project, which considers werewolf narratives in light of the ‘animal turn’ is based on oral testimony of demonic animal apparitions in Haiti and the Dominican Republic and is entitled  Werewolves and other Bêtes Noires: Sorcery as History in the Haitian-Dominican Borderlands.

This event will be a lively Q&A with 4 panelists who are experts on college access, mentoring, and opportunities for success among minoritized students.  The panelists include Shannon Brady (Department of Psychology), Nate French (Magnolia Scholars Program Director, WFU), Laura Gonzalez (Outside Speaker, Department of Counseling and Education, UNCG), and Omari Simmons (WFU School of Law).

The legacy of racism permeates through current-day educational disparities.  To move forward from such sociohistorical oppression, it is crucial to acknowledge, understand, and actively combat ongoing barriers to college access and post-secondary inequities among minoritized students.  Mentoring, support, and access to resources are critical assets to build within institutions in order to maximize students’ success and achievement.  The four presenters in this event are collective experts on sources of academic disparities, barriers and facilitators to education, effective mentorship, and theoretical and practical ways to best promote the educational experiences of students who are minoritized.  Attendees of the event will gain knowledge on the nuances of this critical topic and hopefully learn ways to strengthen diversity and inclusivity in the college-going educational context.

Sponsored by the Spanish and Italian Department

From 10:30am – 11:30am there will be a moderated discussion on COVID-19 and the Spanish-Speaking Diaspora.

The Women + Girls Research Alliance is partnering with Ally Financial to present a research summit in March 2021, focused on education, employment, health, the impact of COVID-19, and dialogue centered around the economic mobility of women and girls in our community.

There are no upcoming events.